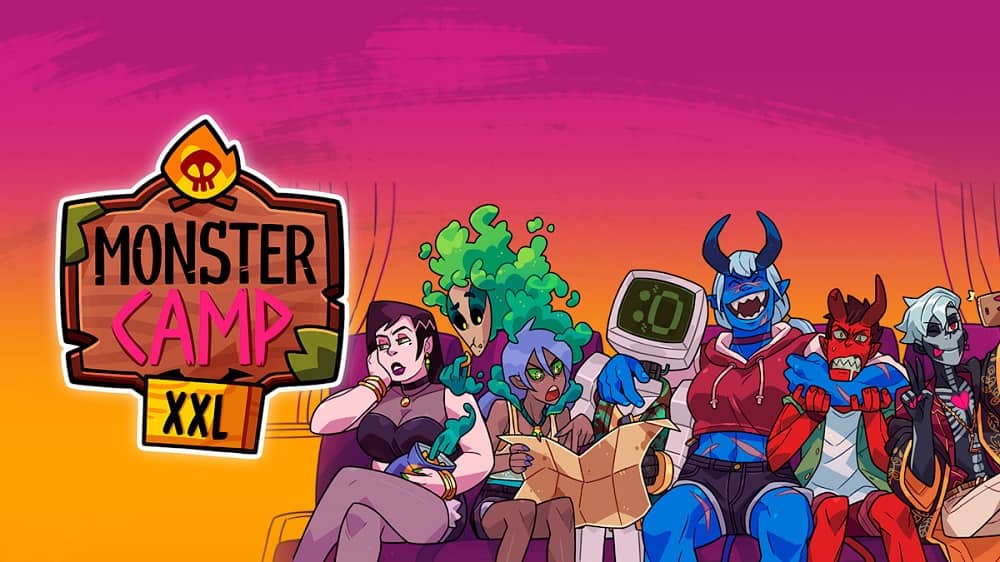 “Monster Prom 2: Monster Camp” brings you more of the world’s best (and maybe only?) multiplayer dating sim, but in a way you’ve never expected!

The original Monster Prom is a multiplayer dating sim that shines for its beautiful art and unapologetic humor.

The sequel brings you into a new setting (summer camp) with new characters to romance, including old faces and new ones: Damien, Calculester, Milo, Dahlia, Joy, and Aaravi. But that’s not all: Monster Camp comes with other new twists here and there, from the campfire mechanics to a new stage full of magic mixed drinks.

But that’s not all! The XXL version includes ALL of the non-Kickstarter exclusive outfit packs!

We’re taking the best parts of the popular “Monster Prom” formula, but adding some new spice to it. You will see 😉