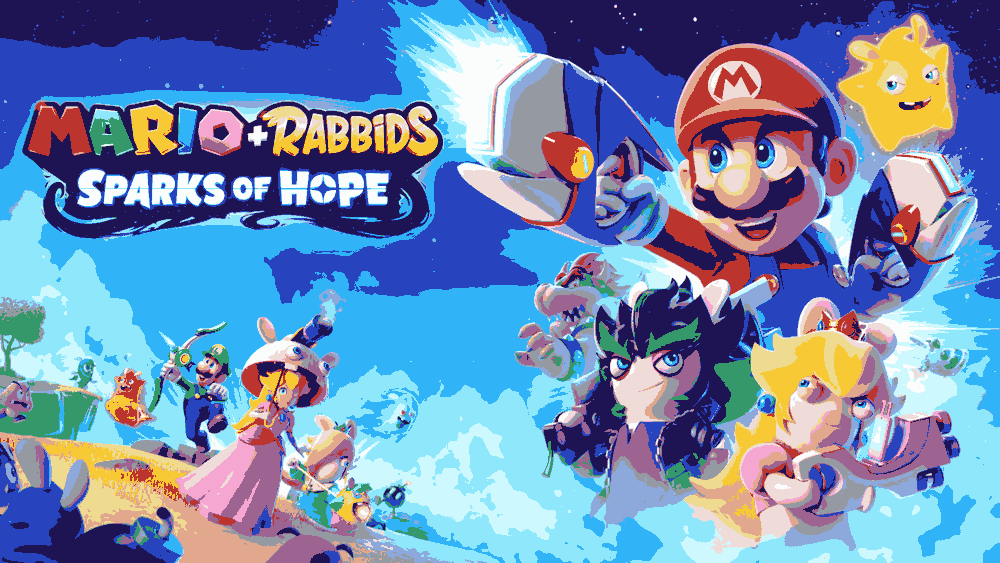 On a cosmic mission to combat a wicked monster and save your Spark buddies, join Mario, Luigi, Princess Peach, Rabbid Peach, Rabbid Luigi, and their pals. Discover strange mysteries and compelling adventures as you travel around the cosmos!

•Build your dream team with three heroes from an eclectic roster of nine.
•Take down all new bosses, along with some familiar enemies throughout the galaxy.
•Rescue the adorable Sparks throughout the galaxy, who provide distinct powers that will help you in battle.
•Unleash your heroes’ skills but be strategic as you dash your enemies, team jump on your allies, and hide behind covers.