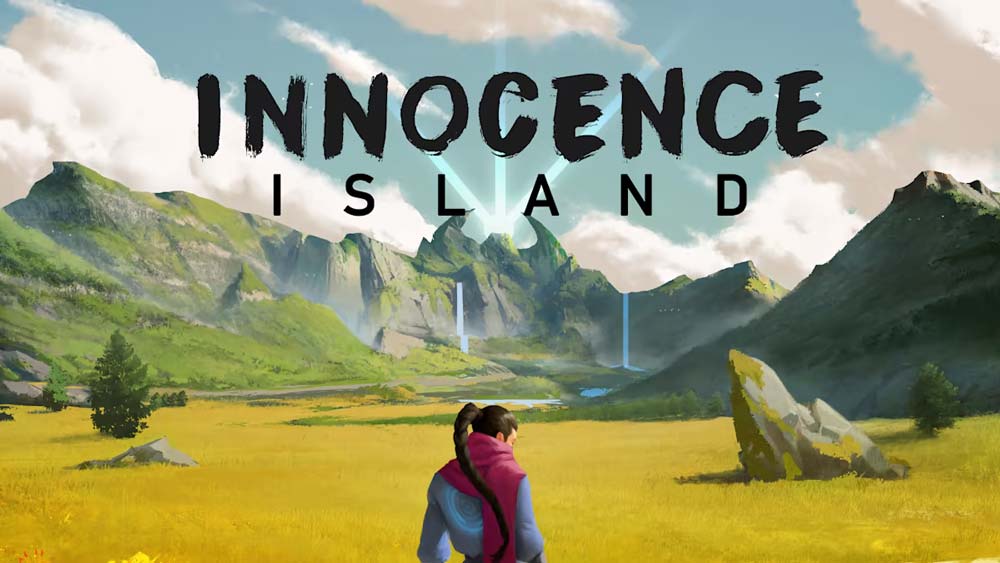 According to legend, the three beams of light in the sky are released by a prism that bestows pleasure on whoever acquires it. You never believed it, but it’s your final option…
You have no remembrance of the things you were able to perform previously, but you will be able to recall and repeat them via observation. You can, for example, leap after seeing a monkey jump or wield a sword after seeing someone use one during a fight.

-You can play in a peaceful and respectful way or choose a violent and destructive path. Innocence Island will evolve according to your choices.

-Watch the people and animals around you to regain some abilities such as fishing, forging or even combat techniques from your opponents.

-Solve puzzles, help the inhabitants and unlock past memories.

-Traverse a beautiful island comprised inside a sphere by foot or harness the power of the Spell Statues and ride animals’ spirits!

-You can play Innocence Island with different art styles; apart from the default Low-poly style, you can also select Oil Painting or Chunky Pixels!