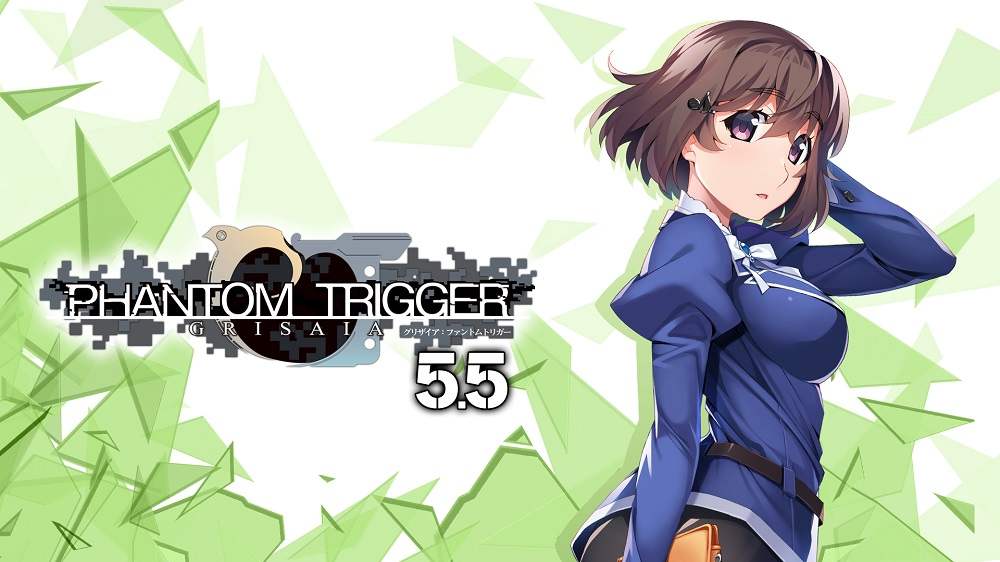 Faced with the biggest decision of her life, what world will Arisaka choose to live in? Here comes Volume 5.5 of the GRISAIA PHANTOM TRIGGER series!
Several years after Yuuji Kazami and his friends fought for their lives in a fierce battle, a new generation of heroines gathers at Mihama Academy, which has been reinstated as a ‘specialist training school’.
Taking place in the same world as The Fruit of Grisaia, new characters bring an exciting fresh take in Volume 5.5 of this brand new series!
This thrilling story, which unfolds at the reborn Mihama Academy, will undoubtedly excite not only those who have played previous releases but those who are new to the series as well!

Available in three languages!
The text can be set to Japanese, English, or Simplified Chinese (audio is Japanese only). This includes in-game text, options, and the digital manual. Language settings can be changed at any time.

Volume 5.5 Summary
Three months have passed since Arisaka Shiori started working at Mihama Academy.
She did her best to adapt to her unusual position as a teacher at the ‘school of assassins’ and somehow managed to gain the trust of her students. However, However, Haruto’s evaluation of her was rather pragmatic.
“She’s, uh, unusually modest, and a bit clumsy. But she’s sincere, and she tries her best at everything she does… I think she makes a great teacher, but that alone isn’t going to keep her at Mihama.”
Arisaka, who was summoned by the principal based on her initial terms of employment, is asked whether or not she intends on continuing to teach.
“Let’s get down to business – do you want to keep your job?”
“Can I ask you a question too? Am I… needed at this school?”
Arisaka begins to talk about her horrific past.
It’s almost time for her to make her decision…

Gameplay
It’s a visual novel in which you don’t need to make any choices, so you can enjoy the story like you would when watching a movie or reading a book.
The story comes to life with a star-studded voice actor cast and fully-voiced story (excluding the main character), gorgeous graphics and music, and immersive animation.