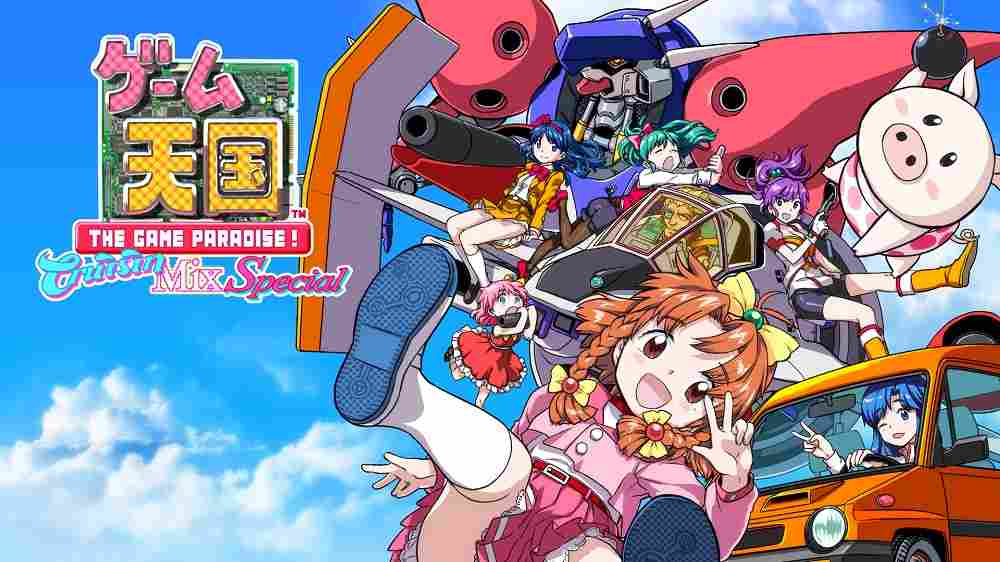 This major hit was originally released in the arcades in 1995. This is a new and upgraded game of the 1997 console version of 「Game Tengoku」.

The old school Jaleco characters are voiced by an all-star voice over-cast. The character were designed by the great manga artist「Tatsuya Souma」. This is the complete version of the comical shooting game that broke new grounds in the genre. With full VO and 4 original theme songs, enjoy the parody and multiple gimmicks in this chaotic action-packed shooting game. Casual users can use the auto bomb for easier gameplay. If you want a test your skills, play the time attack mode. See how you do on the online high score leaderboard.