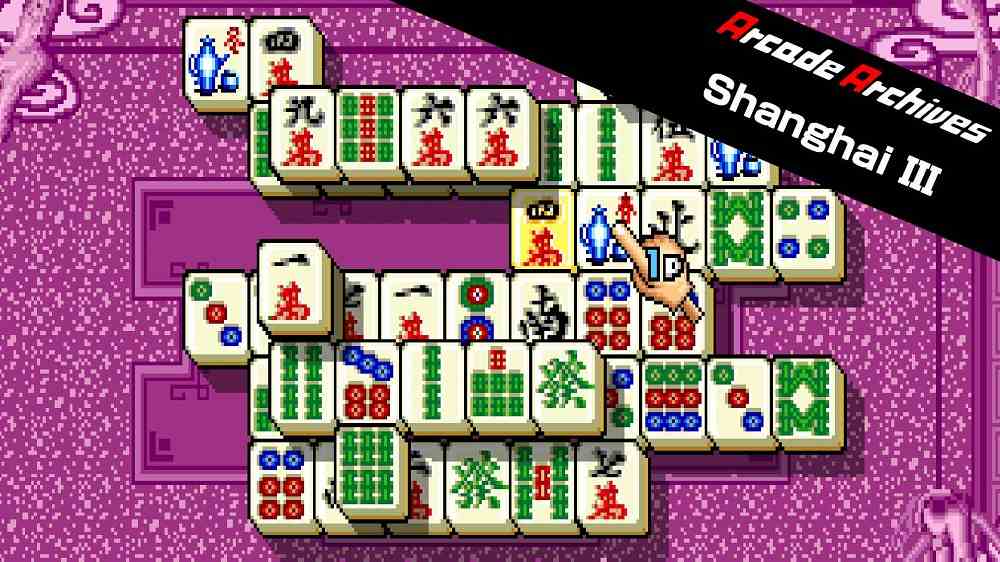 A fun yet deep puzzle game! Matching tiles feels great!
‘Shanghai III’ is a puzzle game that was released from SUNSOFT in 1993.
Players pick from an assortment of mahjong tile patterns such as Dragon, Tiger, etc. The object is to clear all of the tiles from the screen by matching them in pairs. The game runs on a timer, so players have to move fast to clear the entire screen.

The “Arcade Archives” series has faithfully reproduced many classic Arcade masterpieces.
Players can change various game settings such as game difficulty, and also reproduce the atmosphere of arcade display settings at that time. Players can also compete against each other from all over the world with their high scores.
Please enjoy the masterpiece that built a generation for video games.

*This game uses the Japanese ROM for the main part of the game.
The options menu and manual are available in Japanese, English, French, German, Italian, and Spanish.